In the past decade, data has risen to the top of national and global policy agendas, yet “progress towards effective data governance, and to realizing the public value of data, remains highly uneven across countries, regions and sectors,” according to the Global Data Barometer. Within the African continent, the 22 countries analyzed by the Barometer score below global averages in data availability, capabilities, governance, use, and impact. However, significant opportunities to develop a stronger data economy exist, and a generation of young data leaders and data scientists stand ready to create a data- and AI-driven future. 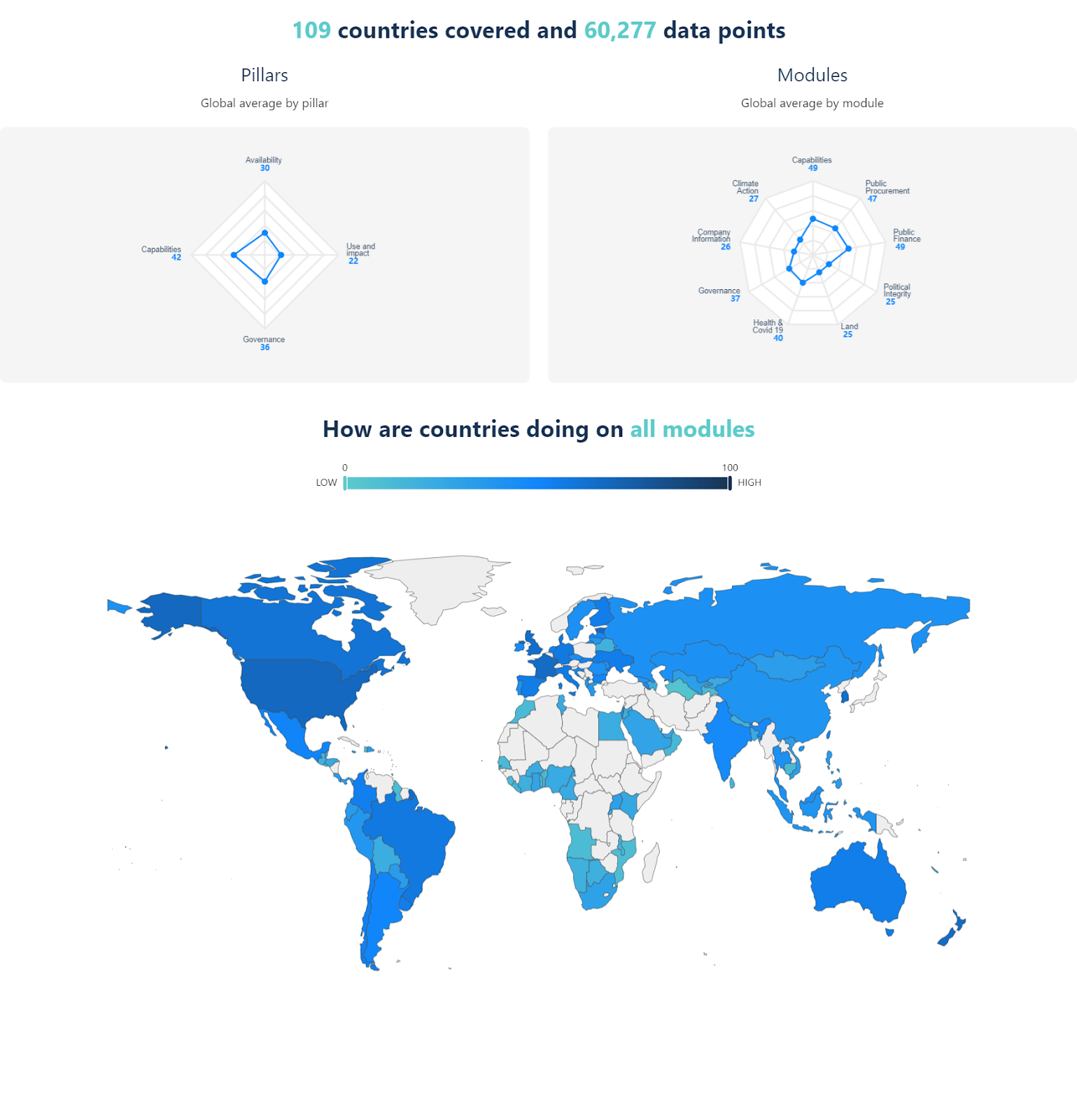 Concerns and challenges for the data economy in Africa

Despite some progress and the many investments made by the data for development community in the past decade, availability and access to data remain uneven. Access to data is particularly challenging in domains such as economic, transportation, and population statistics and energy data. The experience of AIMS’ community of scientists suggests that key datasets from public and private sectors are simply not available or not accessible, confirming  findings from the Global Data Barometer that availability and access to data are the biggest obstacles for the use of data for public good in Africa.

Lack of skills and weak privacy frameworks and practices are also concerns among emerging young African data scientists. This includes both the absence of adequate technical knowledge among workers and the lack of understanding from decision makers concerning many aspects of the data economy.

As legislation is also fragmented and, when present, difficult to implement, data privacy is also perceived as a considerable obstacle for data use. The Global Data Barometer “identified gaps with respect to data protection or privacy standards in a number of [African] countries,” noting that the “absence of strong legal frameworks alongside new technological advancements seems to be a developing concern.”

The best thing we can do for the next generation is to put in place a better architecture for data processing and teach them how to use it.

Looking forward, the AIMS community of scientists describes a fairer and value-driven data future on the continent as one in which data is accessible and user data is protected.

Young data scientists put accessibility at the center of a fair data future. A fairer data economy is a space where access to data is more equally distributed as a basic right. More equitable access to data should be coupled with protections for individuals’ (or users’) data and sound data management systems. Transparency, regulation and policy, and data privacy and security complete the picture.

These values are guiding principles for the AIMS community of scientists. Eight-five percent of participants declared that they always think about these values in their work with data. Young data scientists and leaders are already putting their values into practice and operating to change the status quo.

What will it take to make this change?

To move towards a value-driven data economy, everyone needs to act.

Governments should create enabling environments for a fairer data economy by increasing skills and capabilities within and outside of the public sector through further investments in data education, defining regulatory and non regulatory frameworks and policies, and collaborating with private partners, universities, and others to improve access to data. They should also collaborate internally to centralize data from the public sector instead of working in data silos, with each administration keeping their datasets locked up.

Governments should work towards democratizing data access and share the data that is currently locked for political or other reasons.

The private sector should also invest in training and educating workers, hiring and retaining data scientists in Africa, increasing access to data and accountability toward the public concerning data use, and partnering with the public sector to foster innovation.

The private sector should focus on solving real life problems of Africans.

Finally, young data scientists and leaders also have an important role to play. They should pay the utmost attention to privacy when developing new systems, look out for potential harms, especially in the context of AI, focus on African problems that need to be solved and use African data to address them, develop more inclusive data solutions and share knowledge and experience broadly to increase data literacy of the population.

As there is a role for everyone and everyone needs to act, the participants of the event called for a multi-stakeholder partnership approach to moving the needle and improving the outlook of the data economy in Africa.

Young African data scientists and data leaders from the AIMS community of scientists have a clear vision of what a fair, value-driven data economy should look like in Africa and what needs to be done to get there.

The Data Values Project is an opportunity to build a movement for change and mobilize African youth towards these objectives. While the objectives put forward by the Data Values Project are universal, they also need to be rooted in the local contexts and local stakeholders need to appropriate them. In Africa, fairness in availability and access to data remains a core concern for the youngest generation. Addressing these unequal access opportunities goes hand-in -hand with implementing the #DataValues agenda on agency, accountability and data in action.

This article is based on an event on the 16th of June in the context of the Data Values Project in which the Global Partnership and the African Institute for Mathematical Science (AIMS) organized an event for the AIMS community of scientists, gathering young data scientists, students and future data leaders from 18 African countries. Our objective with this event was to ask them what are the data values that are closer to their heart and how we can build a future where data is used to do good and not to harm. The AIMS community of scientists took this opportunity to tell us about their concerns, aspirations and the actions that need to be taken to build a fairer data economy in Africa.